We're OPEN to ASSIST YOU! Protecting our Patients from Coronavirus

Steps our Practice is taking: 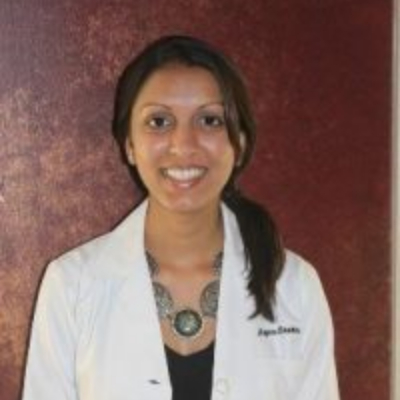 Dr. Anjana Bhakta was raised in the Houston area, therefore, it is fitting that she found her home at Vision Source Westchase. Dr. Bhakta received her Bachelor of Arts in Psychology from the University of Texas at Dallas in 2006. She went on to receive her Doctorate of Optometry at the University of Houston College of Optometry in 2010. Since graduating, Dr. Bhakta has been practicing primary care optometry in the Houston area. She enjoys providing high-quality care which enables her to continually foster and strengthen her relationship with patients. Dr. Bhakta and her experienced staff use the latest advances in eye care technology to ensure that each patient’s vision and ocular health is cared for at the highest level. In her spare time, Dr. Bhakta enjoys traveling and spending time with her husband and four dogs.

Our office is located at 11159 Westheimer Rd, Houston, TX, 77042. Please enter your zip code or city, state below for door-to-door directions.